Enrollment down, economy up? 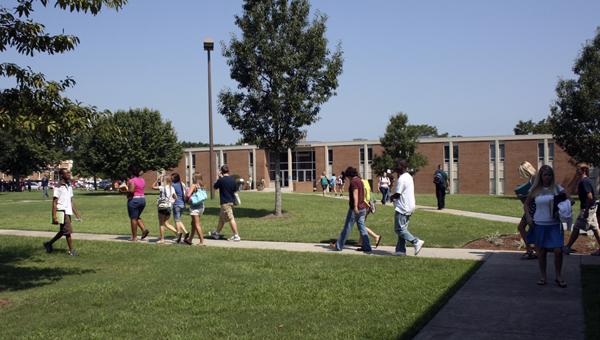 LBWCC’s enrollment was down this semester. | File photo

Enrollment at LBW Community College is down nearly 9 percent from this time last year, which might be an indication that the economy is improving.

Renee LeMaire, the college’s director of marketing, said the figure is comparable to the fall semester.

Currently, there are 1,672 students enrolled collegewide, she said.

“Although this number is down 8.8 percent from the same time last year, we are holding our own compared to the fall,” LeMaire said. “Rarely do spring semester numbers increase from fall semester, so this is not unexpected and seems to be following a national trend.”

The college offers a variety of class options from traditional, on-campus classes and independent study to online courses and even dual-enrollment classes for high school students.

LeMaire said records, which do not represent a count for actual students, but instead, types of classes, are counted separately comparing Spring 2011 to Spring 2012 semesters.

“Online classes have trended up for the past few years while independent study fluctuates from year-to-year,” she said.

She said fewer are participating in hybrid classes – part on-line study and part on-campus – 42 in 2011, 22 in 2012. This type of class has also had fluctuations from year to year.

“This may be influenced by people going back to work, thus decreasing the opportunity to sit in a classroom,” she said.

She said dual enrollment numbers were virtually unchanged, down only by six.

Covington County’s unemployment rate was down to 8 percent in November.

In an effort to reward those who “do good in local communities” Citgo Petroleum Corp., is awarding 12 $5,000 gift... read more