Pine, Parker to wed in Huntsville

Dr. and Mrs. William Earl Pine Jr. of Huntsville announce the engagement of their daughter, Rebekah, to Jonathan Garret Parker, son of Mr. and Mrs. Mark Gregory Parker of Kinston. 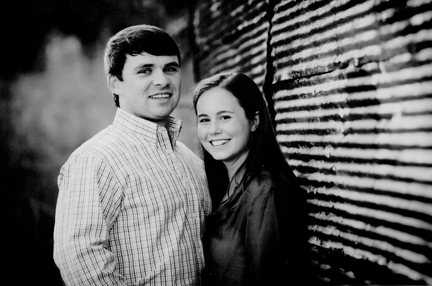 The bride-elect is a 2005 graduate of Huntsville High School and a 2009 graduate of Birmingham Southern College, where she earned her bachelor of arts degree in urban environmental studies. She was a member of Kappa Delta Sorority. She earned her master degree in geography from the University of Alabama in May 2011. She is employed with Freshwater Land Trust in Birmingham as a land steward.

The future groom is the grandson of Mr. and Mrs. John Blake Parker of Kinston, and Mrs. Patricia B. Edwards of Destin, Fla., the late Dr. Terrell Bedford Bird of Opp.

He is a 2006 graduate of Kinston High School and earned his bachelor of science degree in environmental science from the University of Alabama in May 2011. He is employed with Aerotek and works in the environmental department with Alabama Power in Calera.

The wedding is planned for March 10, 2012, at Monte Sano Methodist Church in Huntsville.