At last! Caution light for Wing 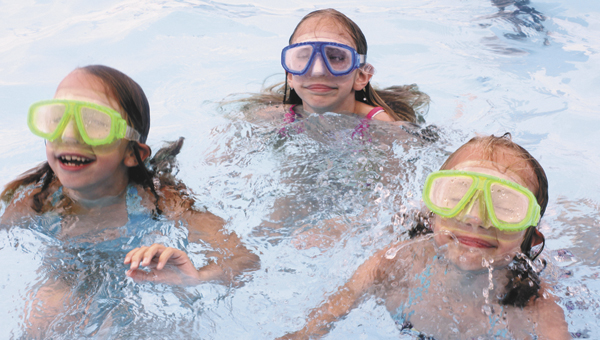 A June wreck in Wing claimed the lives of 8-year-old twin sisters, Danielle and Janniell Pippins, and Savannah Furr, 11. They are shown here enjoying Cooper pool about a week before their deaths.

Wing residents will soon get their wish for a caution light at the site of one of the county’s deadliest traffic accidents.

On Monday, county commissioners approved an agreement with the state department of transportation to install a traffic light at the intersection of Ala. Hwy. 137 and County Road 4.

Last June, three Baker, Fla., sisters died and their grandmother was critically injured when a Birmingham woman, traveling on County Road 4, ran the stop sign and struck the family’s Toyota.

Later that month, residents held a community input meeting to ask ALDOT to install a caution light. A subsequent DOT study said the installation of warning signage, rumble stripes and a new median and stop sign – not a light – were needed.

The move worked, said Jay Spicer, Wing Volunteer Fire Department assistant chief. Spicer was one of many emergency personnel that responded to that June accident. He said then that he thought a traffic light at the intersection could have prevented the deadly accident.

“Everyone here is glad to hear the light’s going up,” Spicer said. “We’re hoping it may save some lives in the future. It’ll let people who aren’t from here know there’s an intersection up ahead.”

He said while some of the changes made at the intersection worked, others did not.

“The stop sign they put up in the middle of the road, I know it’s been taken out at least three times since then,” he said. “This light will work better, I know.”

County Engineer Darren Capps said the agreement shares the cost of the $28,000 project 50-50 with the state. The county will supply the “minimal” amount of electricity needed to run the light, while the state agrees to perform any needed maintenance, Capps said.

• heard a proposal to install a new computer software system for functions in the county’s probate office. Commissioners will be presented with the full proposal at its next meeting.

• declared a Covington Area Transit System van as surplus and voted to sell the vehicle through an online auction site.

• voted to expend $35,000 from the general fund to pay off a wrecked Sheriff’s Office vehicle and to purchase a new Tahoe off the state bid list to replace the vehicle. County Administrator Brenda Petty said a portion of that cost would be recouped once the insurance claim is paid and that Sheriff Dennis Meeks also agreed to contribute $5,000 towards the purchase of the new vehicle.

Members of the Andalusia Police Department and Williams’ daughter move closer to him during a standoff last summer. An Andalusia... read more