Obama: State of the union stronger 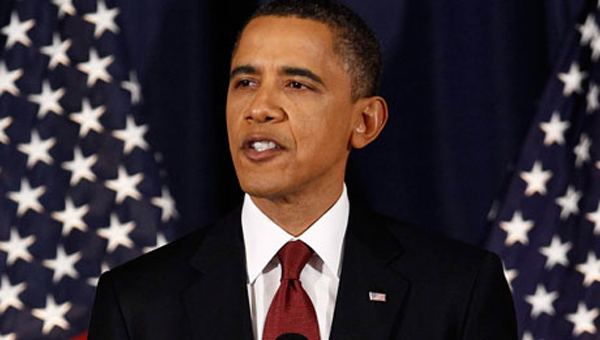 The president said the nation is “getting stronger” in his annual state of the union address last night, but also painted a picture of a nation divided.

“The state of our Union is getting stronger. And we’ve come too far to turn back now. As long as I’m president, I will work with anyone in this chamber to build on this momentum,” Barack Obama said. “ But I intend to fight obstruction with action, and I will oppose any effort to return to the very same policies that brought on this economic crisis in the first place.”

The president described a dire scenario of a nation divided into a wealthy elite and a mass of struggling Americans on the verge of insolvency.

“We can either settle for a country where a shrinking number of people do really well, while a growing number of Americans barely get by,” Obama said. “Or we can restore an economy where everyone gets a fair shot, everyone does their fair share, and everyone plays by the same set of rules.”

He also called for immigration reform, and called on Congress to take action to allow young illegal immigrants to become citizens, and to encourage foreign students who study here to use their talents to develop products and businesses in America.

In response, U.S. Sen. Jeff Sessions (R-AL), ranking member of the Senate Budget Committee, said, “It was stunning how thoroughly and deliberately the president ignored the ominous threat hanging over this country—our surging $15 trillion debt. I stand ready, eager, and willing to work with the president on a real, honest agenda of government reform, but unfortunately, tonight’s speech was more campaign plan than reform plan.”

U.S. Rep. Martha Roby (R-Montgomery) said, “Right now, we don’t need more grand proposals from the president. Americans are frustrated. Right now we need the president to work with the Congress—not run a political campaign against it.”

In keeping with a trend begun last year of non-partisan seating, Alabama’s two senators, both Republicans, paired up and sat next to two Democratic senators for the speech.

Text of Obama’s State of the Union speech

Remarks of President Barack Obama – As Prepared for Delivery State of the Union Address “An America Built to Last”... read more