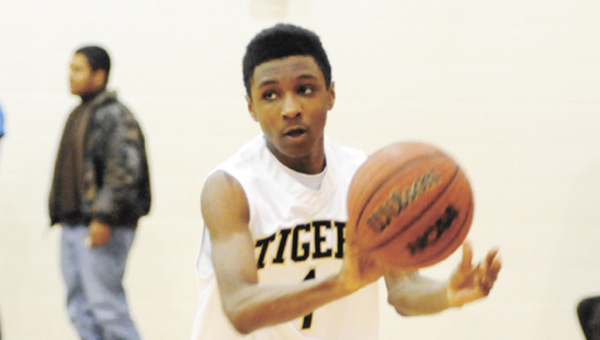 Straughn utilized its slow-tempo style game, and walked away with a crucial 47-38 area win over Ashford on Tuesday night at SHS.

“We’re learning to play our style of basketball, which is playing very disciplined and looking for an open shot,” SHS coach Rusty Andrews said. “We don’t take one until we have a shot.

The Tigers (9-11 overall, and 3-3 in Class 4A, Area 3) are tied with Andalusia right now in the area race because the Bulldogs fell to Headland last night.

Straughn led 8-3 after the first period, and 21-14 at half time. The Tigers outscored the Yellow Jackets 17-16 in the third period.

Avery Driver led the Tigers with 21 points, and was 9-for-10 from the field; Hobie Hughes chipped in 10 points and eight rebounds; and JD Driver had nine points and seven assists.

In the end, Andrews said the defense and play from the free-throw line were big in the win.

“Ashford cut it to six and we turned the ball over two trips in a row,” he said. “We played good defense on the back end, and got some big defensive rebounds and made free throws down the stretch.”

In girls action, Straughn’s Brittany Driver led the Lady Tigers to a 45-39 victory over the Lady Yellow Jackets.

Straughn will visit Opp tomorrow night in regular season action. The B-team tips off at 4:30 p.m.

Straughn had three varsity players score in double figures to help lift the Tigers to a 44-37 victory over Brantley... read more