3 new art classes set for this month at OCAC 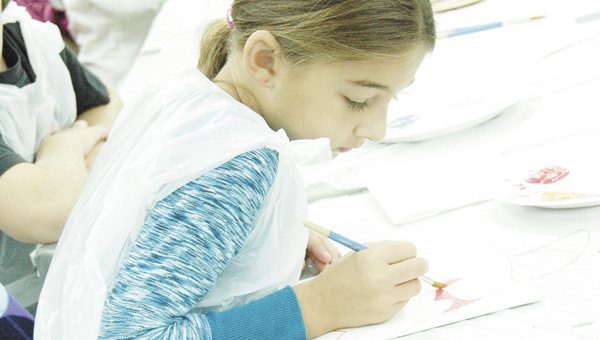 Want a new perspective on art? The Opp Cultural Arts Council has a class for that.

Beginning Feb. 16, a class in basic perspective drawing will be offered for four weeks.

The class will be taught by James Barnes.

“James Barnes, he’s local, and was a professor at Auburn Unive-rsity,” said OCAC president Martha Chisum. “He does numerous different mediums. These media include scratch art, oils and sculptures. This class is going to be on perspective.

“All the students will need is a ruler, pencil and sketch pad,” she said. “It will be held on Thursday nights.”

Tuition is $80, and all proceeds will go to the OCAC.

A new children’s art class will commence on Feb. 21.

“She came down and did a children’s art class during Opp Fest,” Chisum said. “Everyone who came enjoyed her. We had a large number of children that day. She is really creative. We are lucky that we can secure her.

“We need more children,” she said. “We have room for eight to 12 children and we only have four signed up.”

Cost is $100 and all supplies are included.

The case against one of 35 people arrested in Andalusia in a July drug sting was no billed by a... read more