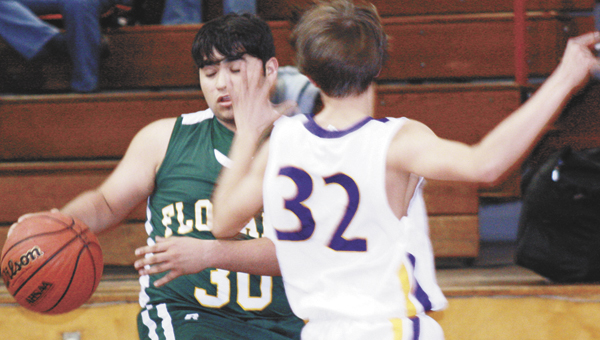 Geneva County was 8-of-13 from the free throw line in the fourth period on Thursday night and that was just enough for the Bulldogs to beat Florala 49-48 to advance to the area championship in the Class 1A, Area 2 tournament at Pleasant Home.

“It was just a tough loss,” FHS boys coach Daniel Allison said. “They picked up their pressure full court.”

The Wildcats missed seven free throws in the final period, and two or three of them would’ve won the game for the team, Allison said.

“They (Geneva County) hit their free throws,” he said. “We made some mistakes down the stretch.”

Florala led two-thirds of the game. The Wildcats were up 22-17 at the end of the first period and 33-26 at half time.

The Wildcats scored five points compared the Geneva County’s 13 in the fourth period.

John Bess led the Wildcats with 14 points; Erik Vega had 12 points; Colt Jackson and Austin McNeil had six points each; Jonathan Burleson had five points; and Hunter Oswald had four points for FHS.

In girls action, the Lady Bulldogs beat the Lady Wildcats 45-12.