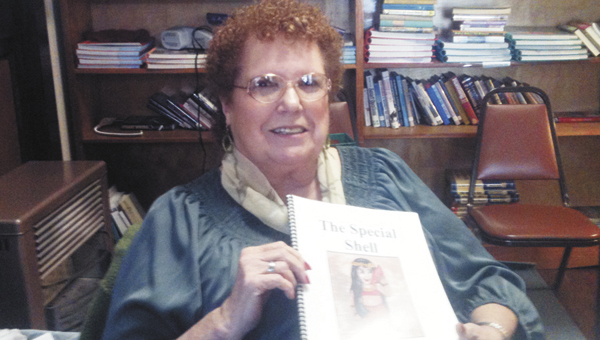 It’s no secret that Marion Powell is a lover of books.

She and her husband, Dr. Jim Powell, started the Lucile Pierce Literacy Center 12 years ago, and now Mrs. Powell has published her first children’s book titled “The Special Shell.”

“It was conceived in Hawaii on the island of Molokai,” she said. “The story just popped in my head while I was enjoying the island. When ideas pop in my head I have to write them down.”

Powell said the children’s book market is tough to “break-in to,” so she “printed my own.”

Powell said the book is “about a tiny little Hawaiian girl who became famous on her island after she thought she was insignificant.

“She found a shell to give to the king, which is customary to Hawaiian children,” she said. “When she gives the king the shell, he puts her on his lap and tells him it’s the best gift he’s ever received.”