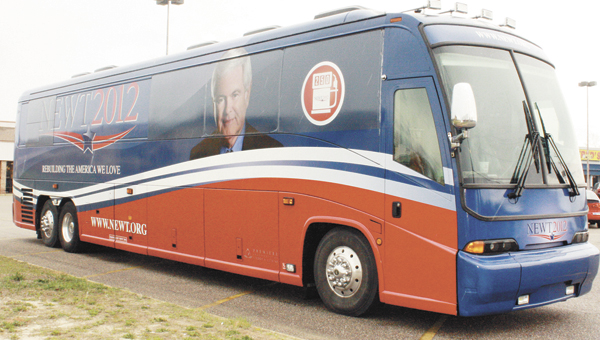 KNOW BEFORE YOU GO:

• Be prepared to present ID such as driver’s license.

• Voters must declare Democrat of Republican. Local races are all Republican.

It is expected that today’s beautiful spring weather and the bevy of local seats up for grabs could men to a large voter turnout in today’s primary election.

Those at the county registrar’s office said 325 new voters were added within the last six weeks.

Secretary of State Beth Chapman, the state’s chief election official, estimates a 28.9 percent voter turnout for Tuesday’s primary election – a “high” prediction, but that will fall short of the record set four years ago, when Alabama had one of the best turnouts in the country.

“I don’t view 28 percent as a ‘large’ turnout, but with that said, if the weather is as predicted, I think we could break 30 percent locally,” Bowden said. “When it’s nice weather outside and when there’s the draw of the local races, people are more inclined to show up a the polls.”

Polls open this morning at 7 and will close at 7 p.m. One must be prepared to present identification, such as a driver’s license, before casting a ballot.

As always, in a primary, one must declare whether voting as a Democrat or a Republican. Residents should note, to cast a ballot for local races including county commission, probate judge, circuit clerk and county school board, one must vote as a Republican. This election’s Republican ballot is two-sided.

On the Democratic ballot, Red Level mayor Mike Purnell is a candidate for delegate to the Democratic National Convention, set for Charlotte, N.C., later this year.

County Republican Party Chairman William “Bill” Blocker said there are 148 names on the Republican ballot for 64 races – including one for delegates to the “Republican National Convention by congressional district.”

“In the race for Romney delegate Place 2, you will notice Covington County’s own Debbie Page has qualified,” he said.

“(The ballot) is really not as complicated as it seems at first glance,” Blocker said.

For complete election coverage, visit The Star-News website, where candidate totals will be posted as soon as the polls as released and boxes are counted.

In the event high web traffic slows the ability to post totals, we will update our Facebook page.