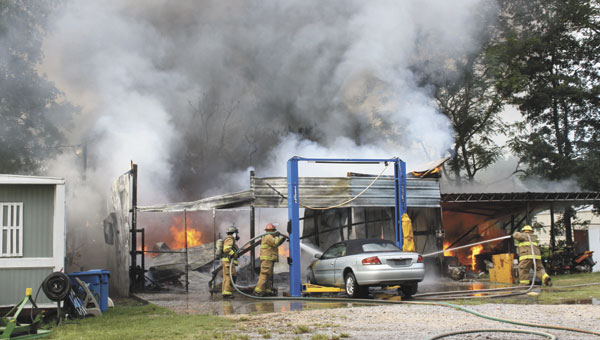 An Andalusia business was destroyed by fire Tuesday afternoon.

Firefighters were called to Paul’s Used Cars on Ala. Hwy. 55 South just before 6 p.m. after reports of flames billowing from a garage area behind the business.

By the time emergency personnel arrived, explosions were heard coming from the scene. With the quick thinking by area residents, drivers were able to move the majority of the vehicles on the lot, removing them from the danger area.

As firefighters with the Andalusia, Libertyville and Carolina fire departments worked to combat the blaze, residents of the Paul Trailer Court watched. At one point, it was believed other residences were in danger of damage from the fire; however, crews were able to keep the blaze contained.

The cause of the blaze remains under investigation.

No changes in Opp results