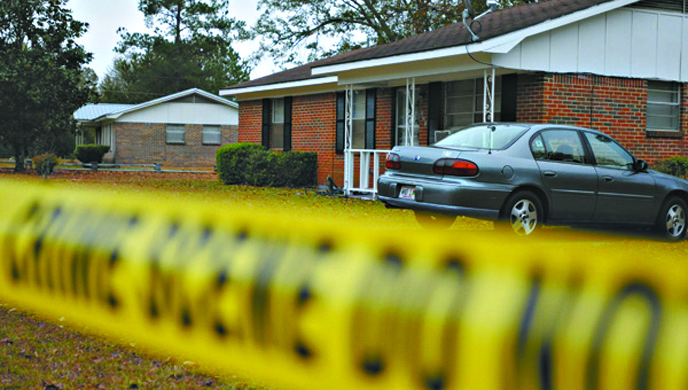 Harden also said that authorities have developed a person of interest in the case, but declined to offer any more details about a potential suspect.

Leatherwood’s death marks the first homicide in Georgiana this year.

Harden said at this time authorities are not releasing the cause of death, but autopsy results the BCSO received on Thursday confirmed that Leatherwood was murdered.

“There’s not a lot we can’t say about it right now due to it being an ongoing investigation, but we have ruled it a homicide and we will continue to investigate it,” Harden said.

On Thursday, deputies with the Butler County Sheriff’s Office, as well as officers with the Georgiana Police Department, canvassed the area near Leatherwood’s home searching for evidence and talking with neighbors.

Harden said authorities had collected evidence that they sent to the Alabama Department of Forensic Sciences. He said they expect to have the results back in a month.

“Hopefully someone saw something and we’ll get a break from talking with the neighbors,” Harden said.