A Gantt man isn’t laughing after being arrested as part of “Operation April Fools” after he allegedly used a computer to solicit and meet a boy for sex.

Friday, the Tallahassee Police Department released that 41-year-old David Hicks II was one of 20 arrested during the week of April 10-15 by the North Florida Internet Crimes Against Children Task Force or ICAC.  The operation was aimed at predatory online solicitation of children for sex, said Tallahassee Police Chief Dennis Jones.

Jones said throughout the week, undercover investigators steered the arrestees to a location where, once they arrived, they were arrested and charged. 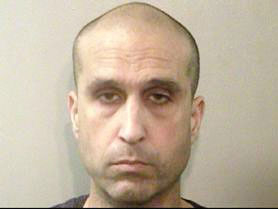 In Hicks’ case, as investigators posed as a 14-year-old boy, Hicks allegedly wrote he’d perform oral sex on the child.

According to Hicks’ arrest affidavit, the undercover investigator that was chatting with Hicks wrote that he was actually 14 years old, not 15 as stated previously. To which, Hicks replied, “It ain’t no problem.”

Following the Internet conversations, Hicks arranged to meet the boy, but when arrived, was subsequently greeted by police and arrested on April 12.

He was booked into the Leon County Jail and later released on a $50,000 bond.