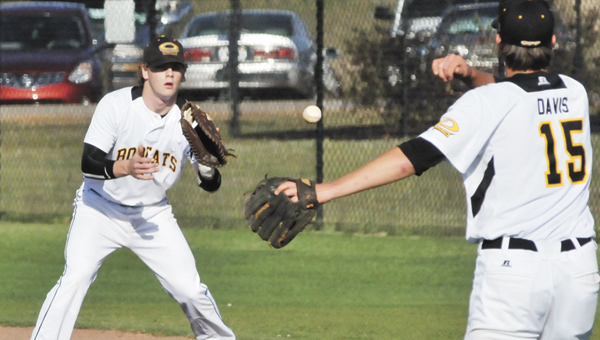 Earlier this week, Opp coach Michael Cassady and W.S. Neal coach Coy Campbell Jr. agreed that the second round of the Class 3A state baseball playoffs will be won on the field.

The ninth-ranked Bobcats and the top-ranked and undefeated Eagles go head-to-head, starting today in a doubleheader at Merchant’s Field in Opp.

Opp and W.S. Neal will meet for the second time this season. WSN beat the Bobcats 6-0 during their spring break tournament.

OHS (22-7) enters the second round after sweeping Bayside Academy in the first round. The Bobcats went 0-0 until the sixth inning in both games on Saturday before winning game one 2-0, and game two, 12-0. WSN (25-0) swept Straughn in the first round. The Eagles fell behind by four runs in the second game, but powered their way back to win game two, 12-6.

“We both said to each other that we hope that the game is won on the field, and that I give him my best and he gives me his best,” the Opp coach said. “If we play our best, and they beat us, we’ll tip our hats to them and concentrate on next year.”