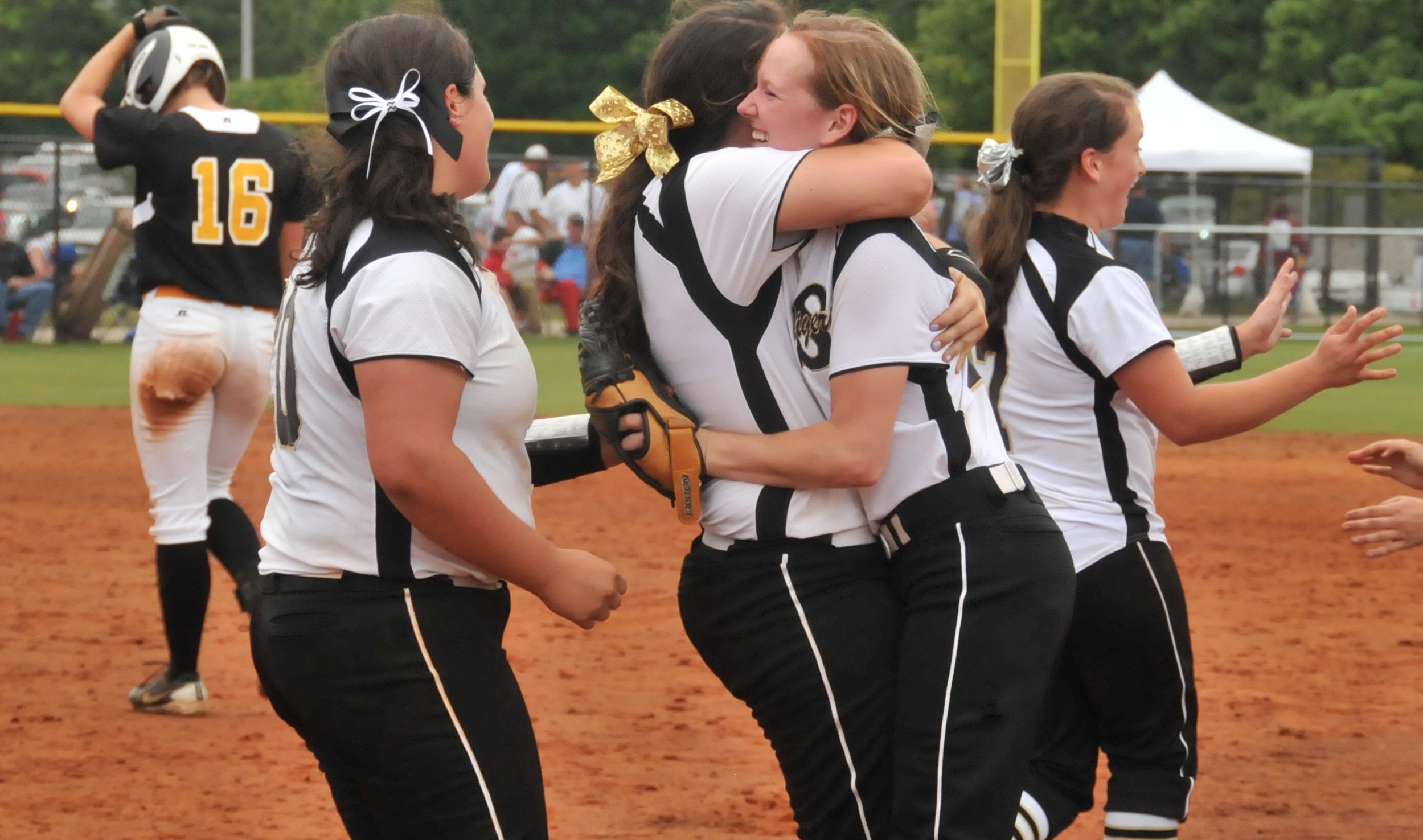 After two years as the Lady Tigers’ coach, Taylor is going to step down and let SHS assistant coach Kenny Skipper take over next year.

That transition is going to have to wait until after next week because the Lady Tigers beat Opp 5-4 in the winner’s bracket finals of the Class 3A South Regional Tournament today to earn a berth to the state softball tournament next week in Montgomery. SHS starts its state tournament on Friday at Lagoon Park.

This will be Straughn’s first appearance to the state tournament since 2011.

“Like I just told them, I really wanted to retire from softball,” Taylor said. “I guess I don’t get to.”

Straughn strutted out to an early 3-0 lead in the first inning, played a lot of small ball and held on after a late Lady Bobcat rally to win the game.

Out of the seven meetings these area opponents have met this season, the Lady Tigers have only won twice.

Taylor said the early 3-0 lead, which turned into a 5-0 lead a short while later, was a big help in the win.

“Obviously, being the area champs, Opp probably felt some pressure there (in the first inning),” the Lady Tigers’ coach said. “I think our girls were a little bit relaxed. Once we got a few runs and got ahead a little bit, we might have pressed a few times.

“That was the seventh time this year, so they knew what everyone of them were capable of and certainly they did (execute well),” he said.

Straughn’s Kristen Peavey, who went 2-for-3, drove in four of the Lady Tigers’ five runs in the win.

For complete coverage of today’s games, see Tuesday’s edition of the Star-News.