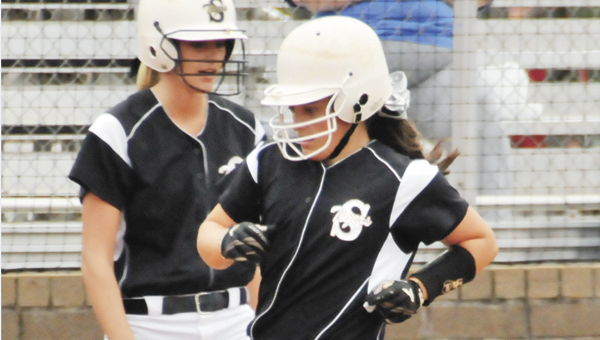 The Lady Tigers have, since then, bounced back in a powerful way as they are participating in today’s Class 3A State Softball Tournament at Lagoon Park in Montgomery.

SHS begins its double elimination tournament play today at 10:30 a.m., on Field No. 4 against Madison Academy.

“Our girls are excited, obviously,” Lady Tigers coach Trent Taylor said. “I would be lying to you if I said it wasn’t a surprise (to win the regional tournament last week).

Taylor said he was most impressed with how consistent his girls played during the regional tournament last week.

When asked how he plans on keeping that consistency going this week, Taylor said he doesn’t have to worry with this bunch.

“I think this bunch all seems to get along real well,” he said. “They enjoy playing softball together.”

Taylor said he knows nothing about Madison Academy. MA finished as the No. 2 qualifier out of the North Regional.

Straughn will be making its first state tournament appearance since 2011, when it was loaded with seniors.

The current Lady Tigers’ squad has three players on the team who were a part of the 2011 team as sophomores.

Taylor said last weekend, the girls displayed a lot of mental toughness in each game, which will help them this week.

“The way things got messed up Saturday (because of the weather delay), we thought we were going to play at 9:30 (a.m.),” he said. “We actually went back and checked out of the hotel and got our stuff out. On the trip over and back, they were just relaxed and ready to play.”

Taylor said he still remembers what he told the girls after the tournament was over. SHS lost twice by a wide margin before play was called due to rain.

“Although we didn’t finish, we played about as poorly as we could play,” he said. “It stormed there at the end, but I remember sitting there and talking to them and telling them how frustrated I was, and how disappointed I was that we didn’t do what we needed to do in a tournament that meant a lot to us.

“From that point on, even though there were obviously some games where we made (some miscues), I think we really started to turn it around,” he said.

Straughn’s excited about being back

Straughn seniors (from left) Payton Mitchell, Laken Harris and Rachel Edson said they are excited about the opportunity to play... read more