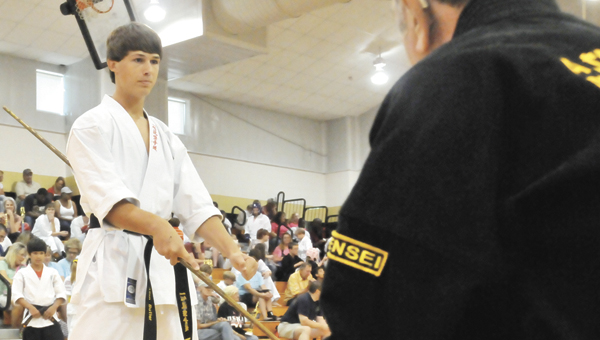 Additionally, there were 20 different martial arts schools who had competitors at the tournament.

Butler placed first in all of his events during the first part of the day, and did well enough in the championship round to garner the wins in forms and weapons.

Full results from Saturday’s tournament can be found at www.andalusiastarnews.com.

6 Saints sign to play at next level; Enloe drafted