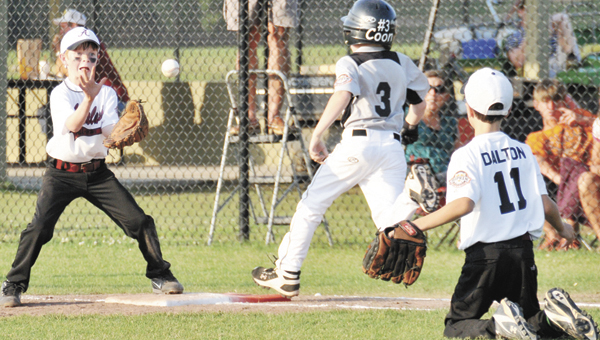 District tournament play wrapped up in the last couple of weeks, where the winner and runner up from each advance to this week’s round.

Opp director of Parks and Recreation Josh Kyser said a rough figure of about 1,000 people will be at the park each day.

“We’re expecting that there will be around 650 — that’s just players and coaches, and parents,” Kyser said.

Kyser said he’s never seen a tournament with as many teams as this one.

Andalusia and Opp’s All-Stars will play in the touranemnt.

The tournament will start out in pool play. Teams will compete for a top seed in each pool.

The top two seeds from each pool advance to the single elimination tournament round Monday afternoon and Tuesday. The championship game is slated for Tuesday.

Games will be played on the lower fields at the complex, which is located adjacent to Opp High School.

“We’re excited about it,” Kyser said. “We just hope for some dry weather.

“We’re going to make this happen.”

Wildcats have good turnout at workouts