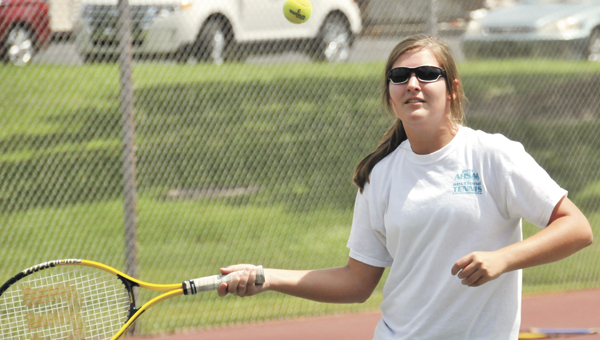 Sarah Lindsey works on her forehand during the camp Wednesday. |
Andrew Garner/Star-News

Sitting on a bench next to LBWCC’s tennis courts, 11-year-old Dawson Kennedy soaks in the shade and cools off after a successful Wednesday morning at Andalusia Tennis Association’s summer tennis camp.

With a wet and cold towel draped around his neck, Kennedy said everything has been fun at the camp this week.

“I learned about my forehand and backhand,” he said.

Today marks the final day of the first session of the ATA’s summer camp. The camp will resume on July 9 for its second session.

Assistant camp director Monica King said the camp has 57 kids who are participating.