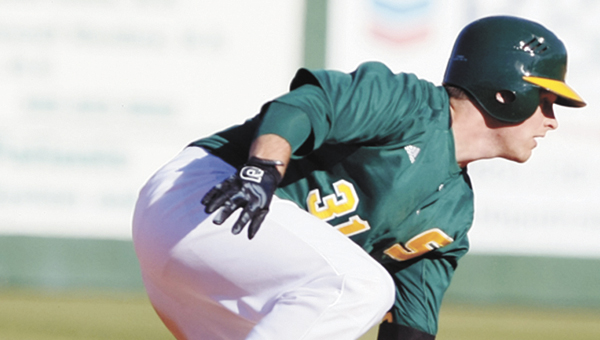 Haag, a former Andalusia High School and LBWCC stand out, was chosen by the league’s All-Star selection committee based on nominations that were sent from each of the league’s franchises.

Haag was a part of the top 56 players chosen by the selection committee. The two All-Star team head coaches then drafted their players from there.

Haag, who plays for the Hornell Dodgers in the New York wood-bat league, will play on the Roberto’s Kids team.

“It’s a huge honor to be selected as one of the top players of the league,” Haag said by telephone Monday.

Haag said this game, which starts tonight at 6 our time, is a really good opportunity for players to get seen by scouts. Additionally, Scouts will be holding an outfielders and catchers throwing skills, pop time and 60-yard dash competition today at 1:30 p.m.

For the past year, Haag has been playing at right field for the Southeastern Louisiana University Lions baseball team. In the 2011 and 2012 seasons, Haag played at first base for the Saints at LBWCC.

On the roster, Haag is listed as an outfielder.

“It wasn’t really too bad,” Haag said about the transition from the infield to the outfield. “I got the hang of it a lot better than I thought I would. It became second hand. It feels natural now.”

Haag is the only player from Alabama on Roberto’s Kids. There are seven other players from either Georgia or Florida on the team.

Haag said he got the chance to play ball in New York when LBWCC head baseball coach Steve Helms called him and asked if he was interested in playing.

“Somebody from this league called him looking for players,” Haag said. “(Helms) gave me a ring and asked me if I wanted to play.”

Although it’s a different atmosphere and culture, playing in the NYCBL is fun, Haag said.

Haag said he’s transferring to the University of West Florida in Pensacola, Fla., next year to play baseball.

Aaron is the son of Ron and Carol Haag, and the grandson of Allan and Nelle Wiggle.