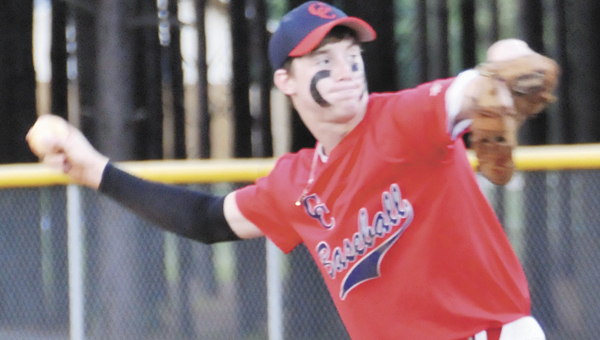 For almost two months, these boys have sacrificed their summer break, playing baseball to get ready for the prestigious tournament that will be held at Crum Foshee Field on the campus of LBWCC from Aug. 15-22.

Two teams — Red and Blue — were formed at the start of the summer so that each can play a season’s worth of summer ball.

Earlier this month, the two teams were narrowed down to one team — the World Series team, which has 17 baseball players on its roster.

Our host baseball team encompasses baseball players from Andalusia, all the way down to Florala. Additionally, there are a pair of talented athletes from Evergreen. There are no Opp players on the team.

Jonathan McKinney, one of the team’s three coaches, said Monday night that consistency will be important for the team come August.

“Instead of sitting on the bench, they’ve got to compete and focus,” he said.

The make up of the team consists of players who either are still in or have graduated from high school.

The coaches are McKinney, Eddie Stacey and Donald Worley.

Leading up to the World Series, Covington County will continue to play in tournaments.

In fact, this weekend, the host team will travel down to Mobile to play in a tournament at Theodore High School.

Pleasant Home’s Zachery Roberts wanted to see how he’d do against some of the nation’s top football athletes for a... read more