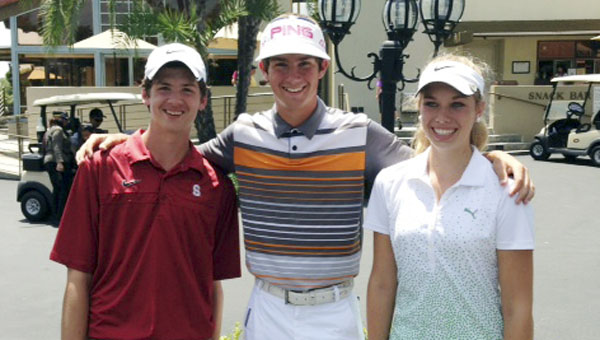 The Straughn rising junior shot a 3-over-par 75 in his final round for the win.

What gave Rabren a big boost leading up to Thursday’s round was his performance during his first two rounds on the Tustin Ranch Golf Course.

Rabren shot even-par on both days to go into the final round in good position, thanks to an eagle on No. 2 on Wednesday and draining three birdies during Tuesday’s round.

Thursday’s start could’ve been better after knocking in a bogey on the first hole of the day.

Rabren regrouped and went back to even with a birdie on the par-5, second hole.

He would remain at even until No. 6, where he would make his second of three bogeys. Rabren bogeyed No. 17 to set the final score at 3-over.

Rabren finished the front nine at 37.

Starting the back nine, Rabren was in good shape after No. 10, but fell short again with his first double bogey of the tournament on the par-3, 11th.