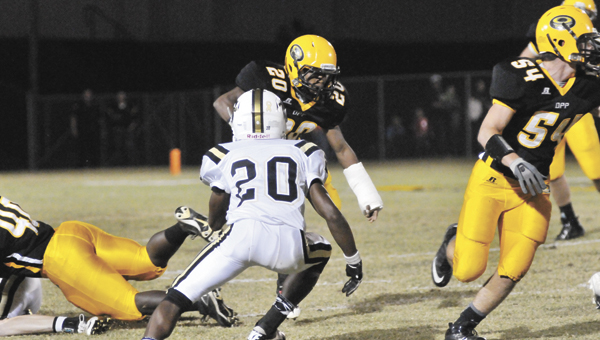 Local high school athletic directors and one principal said their share of the Alabama High School Athletic Association’s revenue sharing plan goes right back into where it belongs — athletics.

Last week, the AHSAA Central Board of Control approved returning $1.4 million to its member schools under the sharing plan at the annual summer meeting in Montgomery, according to a press release.

The sharing plan, approved by the board in 2009, has returned $5 million to its member schools in the last four years. It returns excess funds back to the schools when the AHSAA has at least one year’s working capital in reserve.

Additionally, the formula for the distribution of funds includes a differential between classifications and the number of sports played by non-football-playing schools.

Andalusia High School Principal Dr. Daniel Shakespeare said anytime you can get some money back that goes toward athletics is a good thing. AHS is a Class 4A school, and will receive $3,654 from the payout.

“It’ll put you in a situation where it can help you,” Shakespeare said. “I can’t sit here and say it’s a significant amount you get back. When you’re looking at athletics, you’re spending a lot of money to provide transportation, equipment and the various programs you have on campus.”

The payouts to the AHSAA’s 404 member schools is as follows:

“We put it in the overall athletic budget to help to fill the need to buy softballs, football helmets and those sort of things,” Whigham said.

“We just kind of put it in a fund as needed,” Taylor said. “Last year, we used the money to help with the new fencing around the football field. There’s not any one particular thing it goes for. We have there in a separate account to use as needed.”