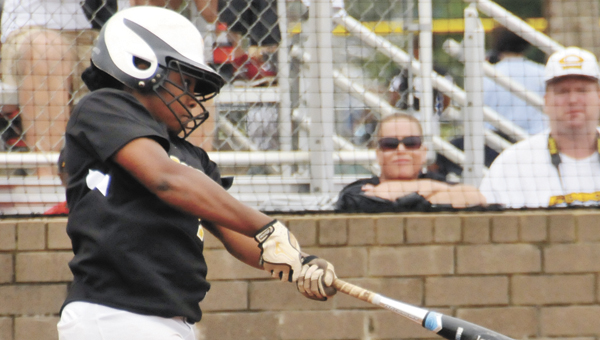 Octavia Thompson likes to be the queen of the outfield.

The former Opp center fielder will be utilizing her outfield talents at Enterprise State Community College next year after signing a scholarship to play softball for the Boll Weevil Nation Wednesday morning.

Thompson has played softball pretty much since she could pick up a bat and ball.

“When I first started playing T-ball I stuck with it,” she said.

Her resiliency to play the game she has grown to love guided Thompson to have a great senior season for the Lady Bobcats, who were just one win shy from advancing to the state tournament in Montgomery.

Additionally, she only struck out 11 times.

Thompson said she describes her style of play as one who just wants to win every game.

“Some people think playing is more important than winning, but I feel like that that’s where it’s at for me,” Thompson said.

Thompson said she believes ESCC is the right fit for her.

“I went to the campus and got to meet other people,” Thompson said. “They are really friendly there. It felt like a homey-type feel there. It instantly got in my mind that I would love to go here.”

Thompson is the daughter of LaQuentin and Misty Thompson of Opp.