Trip across the border proves tasteful

We have just returned from our trip out west to visit our daughter in Tucson, Ariz. She thought we were crazy to visit her when she works almost 90 hours a week in her residency, but we told her we like Arizona in the summer. The monsoons (yes, they have rain) come in July, which makes it cooler for all.

Our son went with us this year and this helped with the driving. He also helped find new restaurants and directions, which helped us along the way. We were in Houston during the lunch hour and he knew of a restaurant called Chuy’s, a Mexican chain, we had never heard of. It has a funky 1950s’ motif, but the food was good (we ate too much) and priced reasonably. There is one in Birmingham, 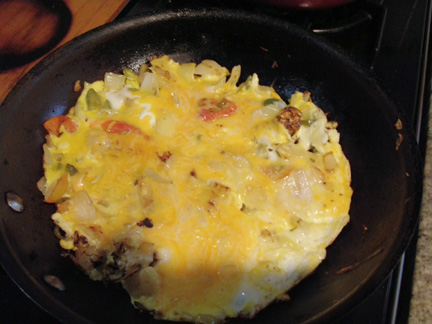 This week’s selections can take care of two meals of the day. The third selection is up to you.

which is why I mentioned this restaurant.

The first evening was spent in Kerrville, Texas, a sweet little town west of San Antonio. We had dinner overlooking the Guadeloupe River at Billy Gene’s, and you can probably guess by the name that is was Southern food. After a meal of moist meat loaf and mashed potatoes, we were ready to have a good night’s rest.

We arrived in Las Cruces, New Mexico, late in the afternoon of the next day. We ate at a very good restaurant called Andele, where we had eaten last year. Andele is located in La Messilla where the U.S. flag was raised in 1854 to mark the Gadsden Purchase of southern New Mexico and Arizona. It was later the capital of Confederate Arizona Territory (of note, since this is the sesquicentennial of the War). We had posole, the Mexican soup, which is made with corn and beef or chicken. I gave the recipe last year, and still think it is one of the better things I had to eat. We had posole and then some more food and we left stuffed, and so full, we did not eat dinner. I keep forgetting how filling Mexican food is with the added rice and beans on every plate.

On to Tucson for the evening, and after 24 hours of driving, we arrived at the Arizona Inn, our place to stay for three nights. It is a haven in the desert and I just love staying there. The rates are cheaper in the summer so it is affordable. This old inn was begun in the 1930s by Isabella Greenway, Arizona’s first woman representative to Congress who had been a bridesmaid in Eleanor Roosevelt’s wedding.

For breakfast the next morning, we ate at the inn since were too tired to travel anywhere. Of course my husband had the huevos rancheros, and what a big plate it was. He was stuffed again. But I did reproduce the recipe for him when I returned home and it is a wonderful breakfast dish. Mine was not as large.

I will get into more of the Tucson food next week, but I did buy a little Mexican cookbook, Perfect Mexican, for $5, and it has such good recipes that are simple. I tried the shrimp tacos last evening and they were tasty and easy.

So try the huevos rancheros and shrimp tacos this week and this will make you get a small taste of the old west!

Add the tomatoes, lemon juice, and oregano and season to taste with salt and pepper. Bring to a boil, then reduce the heat, cover, and let simmer for 10 minutes, or until thickened, adding a little more lemon juice if the mixture becomes too dry.

Transfer the mixture to a large, ovenproof dish. Make four hollows in the mixture and break an egg into each. Bake in the preheated oven for 12-15 minutes, are until the eggs are set.

Sprinkle with grated cheese and return to the oven for three to four minutes, or until the cheese has melted. Serve at once.

12 tortilla shells (We bought ours at the tortilla factory in La Masilla. You can find them at the grocery.)

For the taco sauce

Add the tomatoes, lemon juice, and salt and pepper to taste. Bring to a boil, then reduce the heat and let simmer for 10 minutes.

Stir in the shrimp and parsley, cover, and cook gently for five to eight minutes, or until the shrimp are pink and tender.

Qianping Guo, known as “Ping” to his students, is among the guest instructors for the Andalusia Ballet’s Summer Intensive. Guest... read more