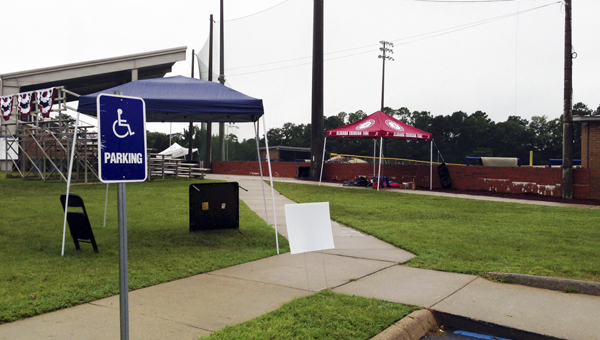 Today’s games at the 2013 Babe Ruth World Series were canceled because of the downpour of rain. | Andrew Garner/Star-News

Tournament will resume tomorrow at 8 a.m.

Today’s action at the 2013 Babe Ruth Baseball 16-18 World Series has been called because of the constant downpour of rain.

Tournament officials met earlier this afternoon and made the decision to move what games that would’ve been played to Sunday.

In an effort to make sure all pool play games are completed, the officials made a revised schedule of games for Sunday and Monday, where six games will be played each day.

The new pool play schedule is below by day.

All games are being played at LBWCC’s Crum Foshee Field.

Today’s action at the 2013 16-18 Babe Ruth Baseball World Series has been delayed because of rain. Tournament officials said... read more