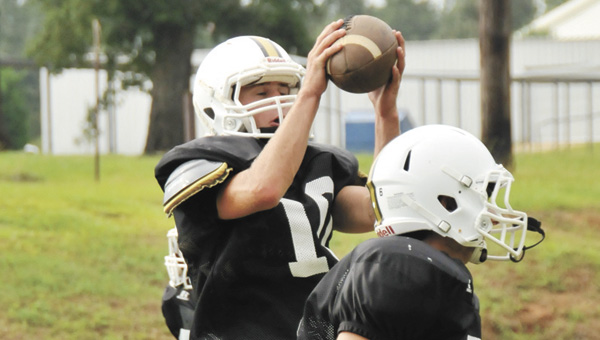 Straughn will play Walter Wellborn Saturday night at 5 at the Cramton Bowl in Montgomery. | Andrew Garner/Star-News

This isn’t going to be a normal fall jamboree football game for the Straughn Tigers.

Straughn was picked to play in the game last December based on its success in 2012. The Tigers finished 9-4 and in the Class 3A state semifinals. Walter Wellborn fell to defending Class 2A state champion, Tanner in the second round.

“We haven’t been able to give them the kind of reps we need to,” Taylor said. “Again, if this was a normal fall jamboree game we would play, I wouldn’t be real concerned with that. Because this is like a game, we’ve got to be ready in every area.”

With this being like a normal game with four 12-minute quarters and not the usual jamboree format, Taylor said that’s the biggest difference.

The Tigers have had a good fall practice in the lead up to Saturday’s game, only missing one day of field work because of the rain.

On Monday, Straughn got more than an hour of work in before the bottom fell out, Taylor said.

Especially with this game, Taylor said it’s a great opportunity for the players to compete in a game like this one.

“It’s exacty that — it’s an honor. We want to perform well,” he said. “The truth of the matter is that when we pull off at the Cramton Bowl Saturday night, we’re 0-0. That’s the reality, but still, we want to compete and compete well. Our kids do, too.”

Walter Wellborn will have three returning skill players on its offensive side of the ball. The team from Anniston have a quarterback who was a full back last year; a running back; and an offensive lineman.

Taylor said facing a Wing-T offense can be tough on the defensive side of the ball, especially when they know the quarterback can run.

“They (ran the ball) last year as well,” the coach said.

Another factor that may well affect play is the turf at the Cramton Bowl.

When the summer sun hits the playing surface, the temperature can sky rocket, Taylor said.

“We haven’t had to deal with those sort of temperatures (this summer because of the rain),” he said. “That’s a concern for us as well. It’s going to be real interesting to see how we respond.”

Taylor said tickets to the game, which cost $10 each, are still available at the school. For the price of one ticket, those going will get the chance to watch two games. Enterprise and Bob Jones have the night cap after Straughn’s game.

Meet the Tigers to be held Tuesday night

Straughn will be holding its annual Meet the Tigers night Tuesday at Tigers Stadium. The event, which is put on by... read more