Andalusia to use jamboree game as a gauge 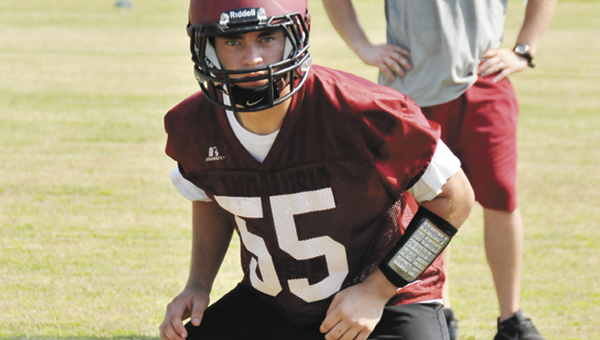 Andalusia’s Justin Scherzinger and the rest of the Bulldogs will take on Jackson tonight in a jamboree. |
Andrew Garner/Star-News

Andalusia will be using tonight’s preseason jamboree game at Jackson as an opportunity to see what it’s got lined up for the 2013 season.

Bulldogs head coach Brian Seymore said the team is going to keep everything they do simple.

“We want to go out there and look for effort,” Seymore said. “It’ll give us an opportunity to look at kids on film.

“Going into the season, you’re facing two favorites to win the state championship,” he said. “Jackson, who are 5A and No. 5 (in the preseason poll), and then we’re preparing for Straughn, who is also No. 5, next week.”

There are still questions to be answered, the coach said.

Andalusia will field its second team and younger players for the first half of play. The varsity players will play in the second half.

“We’ll be very basic offensively, as far as our schemes and formations,” Seymore said.

Jackson has a couple of standout players in linebacker Gavin Bryant, who is a Tennessee commit, and quarterback Matthew Jordan, a Georgia Tech commit.

“With the speed that Jackson’s got, there’s no doubt we’ll get a great look,” Seymore said. “Coach Powell does a great job with their program. We’re facing a top-notch team. It’s another opportunity for us to see where we’re at and what to work on.”

Kick off in Jackson tonight is at 7.

Florala had four turnovers in the first half and Houston County went on to beat the Wildcats 47-32 in their... read more