From couch to jogging, Trent’s ready for a 5K 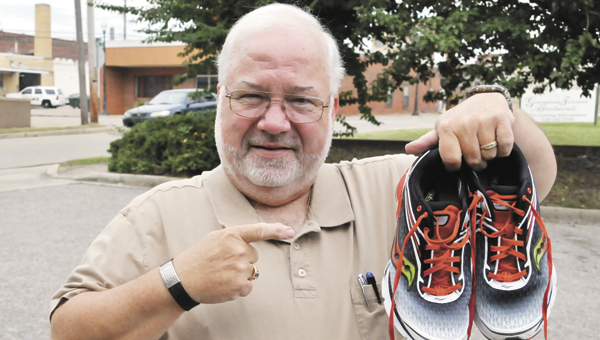 Tim Trent is a new jogger, and he’s quite happy about it.

Trent, the senior minister at Andalusia’s First United Methodist Church, will be taking his new-found hobby and joy to his first 5K tomorrow morning in the church’s first ever run for a mission 5K run/walk.

There are two reasons why Trent decided to run in the race.

“No. 1 is to support the run itself. No. 2 is that I’m trying to get healthy,” Trent said. “I basically downloaded an app on the phone called couch to 5K.

“I’ve never been a runner, but I always wanted to be,” he said.

Trent started the popular “Couch-to-5K” program about two months ago.

Through grit and determination, Trent stuck with the program, which forced him to get out and exercise for three times a week. It gradually built Trent’s endurance each week, and he got up to 40 minutes of jogging without stopping.

Since then, he’s lost 10 pounds, has run the nature trail at LBWCC and just feels good.

Trent said it was the fourth week of the program when he realized that he can sustain this healthy habit.

“I was supposed to jog a minute and a half and walk two minutes,” he said about that one particular day. “I just felt so good that I’d keep running.”

Trent said he had a “Forrest Gump” moment.

“I just felt like I could run from here to Louisiana,” he quipped.

Those who are still interested in running or walking in the race can register the day of the race.

Trent said he’s hoping to make this an annual event.

“We’re hoping to do this probably twice a year,” he said. “It’s a good thing for missions.”

Straughn’s Daryl George (20) runs around the left end during a play in the Tigers’ first game of the season.... read more