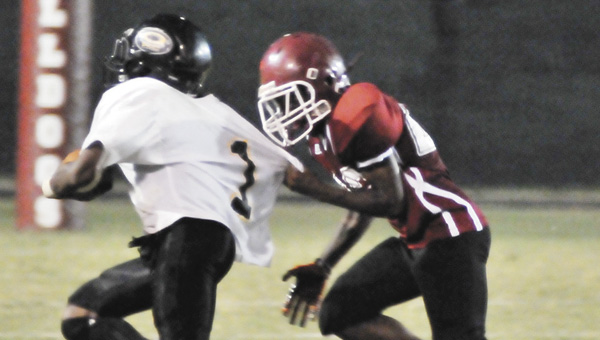 The Bulldogs’ eighth grade team blasted the Bobcats 30-14, while the seventh-graders won 6-0.

In the seventh grade game, Roosevelt Weaver scored the Bulldogs’ only touchdown from six yards.

Andalusia’s BJ Anderson got the scoring going for the eighth graders on a 3-yard dash, and then added a 2-point conversion run for an early 8-0 lead.

OMS came back in the first half, forcing a 14-14 tie at halftime.

Andalusia answered the second half with 16 unanswered points on two TD rushes from Garrett Davis from 5 and 25 yards out.

Anderson knocked in both 2-point conversions for AMS.

“The kids gave a great effort,” Wright said. “They all played hard.”

Wright said this week’s game against SMS, which starts at 5:30 p.m. on Thursday, will likely be the team’s last game of the year because the next two games on tap will probably be canceled.

Andalusia needed to know for sure how it would respond if it trailed during a game. The Bulldogs got their... read more