Henderson’s wait is over 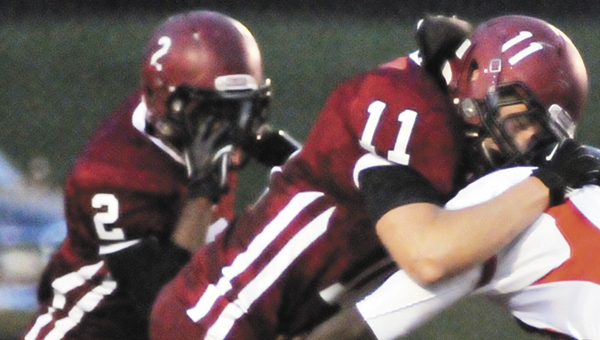 For the past two years, Andalusia senior linebacker Daniel Henderson has been waiting for tonight.

Henderson, who sat out his team’s 22-14 victory over Opp last season because of a shoulder injury, said he’s fit and ready to take on the Bobcats.

When asked what it’s been like waiting for the chance to strap it up for Opp, Henderson said the Andalusia-Opp game is one you always circle on the calendar.

Greg played at linebacker for the Bobcats from the mid-to-late 70s, and always looks forward to tonight’s game, Daniel said.

Last year was especially hard for Henderson because of the game’s significance to his father.

“It was really tough because with my dad playing there, he always loves watching us play Opp, and I love playing Opp,” Henderson said. “That’s something I’m going to miss next year when I’m done with high school.”

Henderson said he hopes his defensive unit will get better in tonight’s game against the Bobcats.

“Coming of that big win over Thomasville, I want us to come in focused,” he said. “I want us to just to know that we have a job to do, and that we need to do that job.”

Henderson added that tonight’s game, which starts at 7, is a “must win” for the seniors because the class has beaten the Bobcats the last three years.

The game’s importance to Henderson is measured based on the “pride,” the senior said.

“This is a game where I’ve never lost to Opp in high school,” Henderson said. “I’ll give everything I have on the field to see that goal accomplished.”

If Andalusia does get a win tonight, Henderson said it’s going to help the Bulldogs down the road.

“If we come out victorious (tonight), it’s going to set the tone for us to win must-win games, and games we know we can’t lose coming into,” he said.

Henderson is also the son of Doty Henderson of Andalusia.