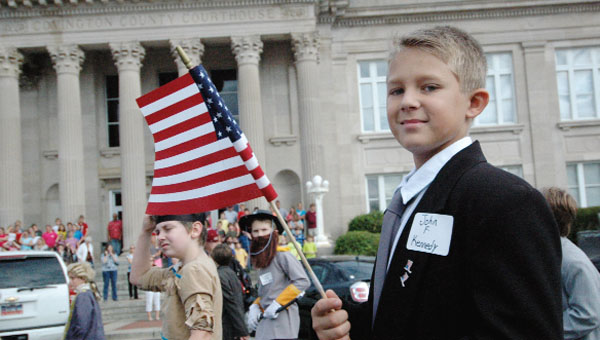 Living History was held Thursday morning on the town square.

There truly was a scene of living history on the Court Square Thursday as Andalusia Middle School sixth graders held their annual Living History parade.

Scores of parents arrived promptly to not only watch as George Washington, Cleopatra, ball players and famous aviators made their way around town, but also as the characters told their life stories for more than an hour.

Here, JFK as portrayed by Taylor Walker, shows off his patriotism by waving a flag.

Music was provided by members of the AMS band. Here, Riley Schaffer waylays on the drums.