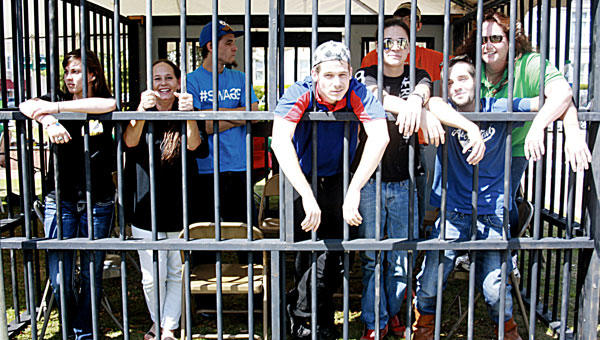 Locals from throughout Covington County were thrown in the “Relay Slammer” during the annual Andalusia Police Department’s 2014 Arrest-A-Friend event held Thursday.

This year’s approximately $9,335 sets a record for the amount raised in a single day of the event.

More donations are expected to come throughout the next week.

“Today was successful due to a great group of employees at Andalusia Police Department, and the Ladies Behind the Blue working together with the community to push us far past our expected goal for the day’s events,” acting APD chief Paul Hudson said. “We would like to thank everyone that participated and especially those who were on APD’s Most Wanted list. And yes, District Attorney Walt Merrell was captured.”