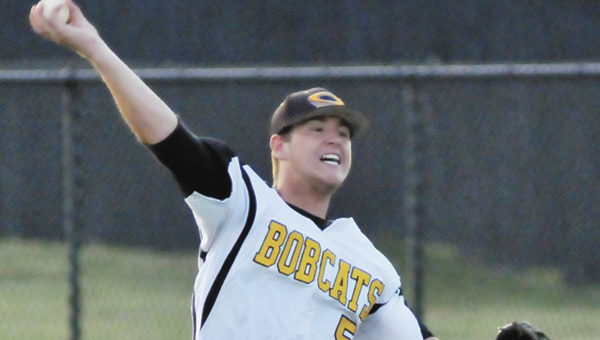 Holt Hall, Chris Weeks, Jacob Johnson, Landon Hughes and Colt Harrell had two hits each for the Bobcats. Ethan Davis and Dakota King had one hit each.

Hughes hit in three runners, while Weeks hit in two.

Harrell pitched three innings and gave up no runs on two hits. Cale Pierce pitched two while giving up one hit.

The second game was a little bit tighter for Opp through the first three innings, but after tacking on three runs in the fourth, the Bobcats took control.

Britt Buckelew threw a two-hitter and struck out eight in six innings to get the win.

The Bobcats are back in action tomorrow as they host Andalusia in junior varsity and varsity action. Red Level hosts Samson for a doubleheader.