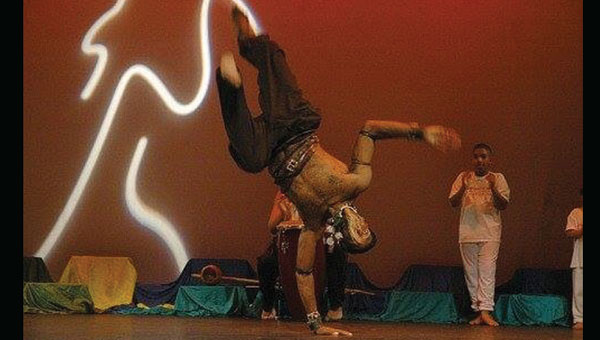 Locals interested in drumming, Capoeira or hip-hop dance will have the opportunity to participate in classes through a week-long Rhythm Moves project next week.

Organizer Addy Gantt said the project is being presented in cooperation with A Dance Project and Heal With Hearts. A Dance is the Andalusia Ballet’s outreach program in Andalusia Middle School Heal with Hearts is a group founded by Gantt and Meagan Mims which takes dance and other art forms to underserved communities.

The partners have invited Charleston educator Daniel Scruggs and his mentor, Meoleake Jones, to Andalusia April 13-19.

Scruggs is an active multi-instrumentalist, performance artist, producer and educator. He has studied and performed music and rhythmic movement both in the U.S. and abroad, for more than 20 years, and his learning journey includes substantial time in South America, the Carribbean, Asia, Africa, Europe and the Middle East.

The pair will be teaching in A Dance classes at AMS; in e-block classes in Andalusia High School, and on the street.

Public classes are set for the basketball court behind Church Street Cultural Arts Centre on:

Those classes are free.

Gantt said Capoeira is a dance form created by Africans enslaved in Brazil around the 1500s. It served as a disguised fighting and training style for a people who were forbidden to practice martial arts.

“These guys are really good at it, and it ties in with the rhythms the sixth, seventh and eighth graders I teach feed off of and love,” she said.

The form includes cartwheels, leg sweeps and kicks, and is done with a partner who mirrors the motion, Gantt explained.

“So they will lead us on a journey from Capoeira to modern-day hip hop dance,” she said.

“Their big deal is community building and inclusion.”

Scruggs also will offer private drumming lessons in the evening.

Scruggs is a traveler, Gantt said, and she thinks he also will bring that sense into expanding children’s worlds.

Anyone who would like more information about the classes, or who is willing to contribute to funding the program, can call Gantt at 603.762.8585.