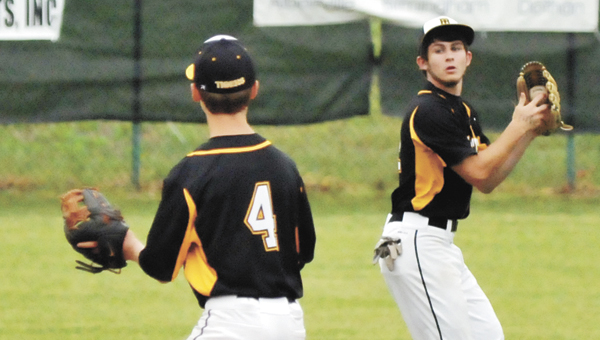 Red Level and Kinston will square off in the first round of the Class 1A state baseball playoffs on Friday at Kinston’s City Park.

This is the second straight playoff appearance for the Tigers, and the hope this year is to host a round, RLS coach Tony Ingram said.

“We hope we get a good turnout to support us,” Ingram said. “Our goal is get the playoffs back to Red Level.”

In order to accomplish this goal, the Tigers will have to get through the Bulldogs and wait to see whether they’ll have to travel or not in the second round.

“They’ve been doing a good job the last couple of years,” he said. “We’re glad to have the opportunity to be in the playoffs, first and foremost. It’s always one of your goals to make it.”

RLS enters the matchup after falling 10-0 to Andalusia on Monday, and lost 6-5 to McKenzie yesterday.

Ingram said it’s been an up and down last couple of weeks.

“When you come into spring break, you’re kind of consistent,” he said. “Then you get into spring break and hopefully you get a week to get back into focus. Then we come back, and it’s prom week. You lose a little focus there.”

Additionally, the weather has also been a factor, Ingram said.

The keys to the series this week are making good pitch selections at the plate and knowing what to do with the baseball in the field, Ingram said.

“The mental part of the game is what we need to get focused on,” he said. “I think we have the skills defensively and offensively to compete.”

Although the Tigers lost 10-0 to AHS earlier this week, and by the same score in a doubleheader against Opp last week, Ingram said he thinks the team got better and that they’ll be ready come Friday.

“Hopefully, we’ll get back focused before Friday,” the coach said. “Kinston right now is a great unknown. We’re going to approach it how I hope we approached Andalusia (and Opp) — as it’s a great opportunity.”

WILDCATS DOWN KINSTON: Florala blows past Bulldogs in area battle