According to Planet Ark, an international environmental group, about 100,000 seals, turtles, whales and other marine animals are harmed or killed by plastic bags each year worldwide. 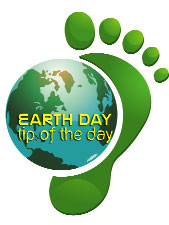 The U.S. National Oceanic and Atmospheric Association has estimated that ocean debris worldwide kills at least 1 million sea birds and 100,000 mammals each year. This type of litter is most severe in the East Asian region which includes countries such as China with a population of 1.3 billion people, and where U.N. figures estimate almost 60 percent of men smoke.

According to the Wall Street Journal, only 1 percent of plastic bags are recycled world-wide; the rest are left to live on indefinitely in landfills.

The United States alone uses approximately 100 billion new plastic bags per year – the average person goes through between 350 and 500.The cost to recycle plastic bags so outweighs their value that most recycling facilities will not take them, leading more and more to just be thrown out with the rest of the trash.

Thanks to their light weight, plastic bags are the debris most likely to fly away from landfills, settling instead in trees, storm drains, beaches, and the ocean.

It takes 12 million barrels of oil to produce the amount of plastic bags the United States uses per year.

Plastic bags make up more than 10 percent of washed-up debris polluting the US coastline.

According to scientists, a “plastic soup” of waste floating in the Pacific Ocean is growing at an alarming rate and now covers an area twice the size of the continental United States. It has gained the nickname—“Pacific Garbage Dump”