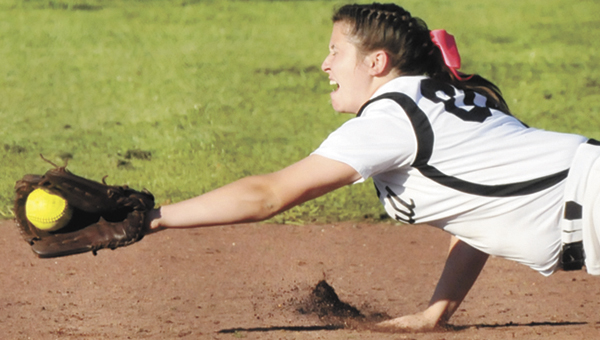 The Lady Bobcats and Lady Panthers continued action at EHS about a week after their game was rained out.

Action picked up in the bottom of the second inning with Opp ahead 4-2.

Anna Harrelson hit a home run and had three RBIs; Ariyon Hightower went 2-for-3; Laiken Free went 2-for-4 with an RBI; and Maggie Short went 2-for-3 to lead OHS. Courtney Chatham and had one RBI.

Opp scored four runs in the first inning and one each in the fifth and sixth.

Excel scored its runs in the second inning.

Katlynn Schively allowed two runs on five hits and struck out five batters while walking two for the win on the mound.

Opp is back in action tomorrow night in Pleasant Home’s annual softball tournament.

The Lady Bobcats play Goshen on Field No. 1 at 6 p.m. at the Dwight Mikel Sports Complex in Andalusia to start pool play.

Stats from last night’s game were provided by Tripp Norris.