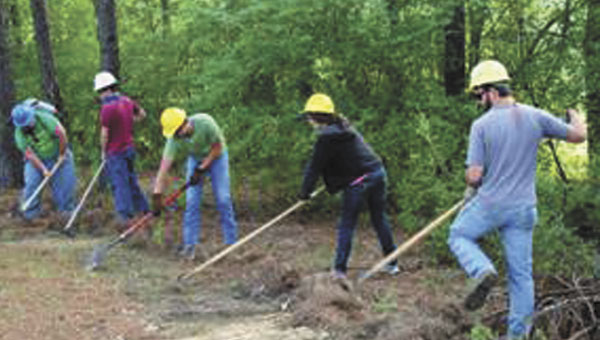 After more than a month of uncertainty, Lurleen B. Wallace Community College will not discontinue its two-year forest technology program, officials announced Thursday.

In March, LBWCC President Dr. Herb Riedel said the decision had been made to cut both the surgical technology and massage therapy programs at the school, adding that the fate of the forestry program was still up in the air. Thursday, Riedel said the program, the only one of its kind in Alabama, will continue.

Riedel said the program was evaluated, along side the pair that has been cut, for viability, an action he called necessary following consecutive years of state budget cuts coupled with dropping enrollment trends.

“LBW kept the forestry program even as other similar programs in Alabama and other areas in the South closed,” Riedel said. “Although it is the only program in the state, and one of the few in the southeast, it struggled the past several years with low enrollment, low completion rates and low job placement rates.”

When LBW’s forest technology program started in 1980, the timber industry was booming, Riedel said. Through input from the Covington County Forestry Committee, however, Riedel said he better understands the nature of forestry-related industry.

“After a meeting with the Covington County Forestry Committee, chaired by Paul Langford, the college assessed the potential for the program,” he said. “We learned from the committee that, due to the cyclical nature of forestry, related industry and recent investments in the region, we expect employment opportunities to pick up.”

Riedel said, during that meeting, the group expressed support for the program in a variety of ways, including sharing booth space during the Covington Sportsman’s Expo in late June, providing student recruitment assistance and offering guidance for the job placement of program graduates.

“We also discussed the benefit of student housing as a way of helping to accommodate students from other parts of the state, or out-of-state, who wish to take part in the program,” he said. “Based on this new information and the support shown for the program by industry leaders, the college decided to continue the program.”

Riedel said LBW will be “very aggressive” in recruiting new students to begin the program this fall.