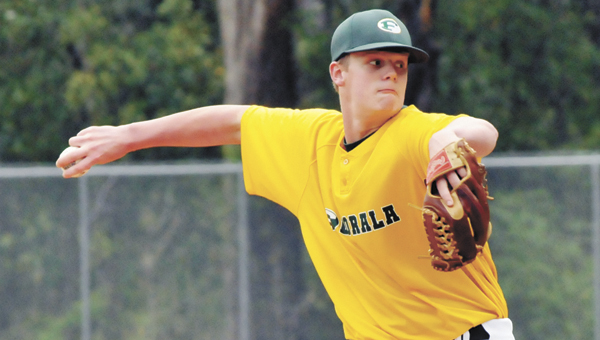 Florala isn’t going to be intimidated this time when Brantley comes to town for the first round of the Class 1A state playoffs today at Stevenson Field.

The Wildcats and Bulldogs squared off last season in the second round. BHS won the series 2-1 by winning the deciding third game.

FHS baseball coach Bubba Nall said this series, which is a best of three, should be a good one for folks to watch.

The keys for the seventh-ranked Wildcats (13-2) are the same as they have been all year — throw strikes, put the baseball in play and play great defense.

Nall said already having experience playing in the postseason will help the team because last year, most of the guys were young.

“ They got to experience the high of beating Brantley and the low of getting beat on Saturday (last year),” Nall said. “Our little slogan this year is stay humble and stay hungry. I’m proud of our kids for the work ethic they’ve had all year.”

Nall didn’t indicate who he was going to start on the mound for the Wildcats, noting that it’s going to be a great series, no matter what.

“Hopefully we’ll have a good turnout for these young men,” the coach said. “They’ve played hard all year. I expect them to play their guts out in this series against Brantley.”

Game times today are at 4 and 6:30 p.m. The if-necessary game on Saturday will start at noon.