Jones, Driver to say ‘I do’ 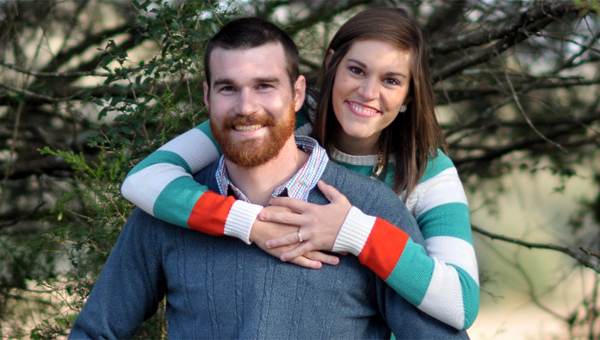 Mr. and Mrs. Joe Jones of Opp would like to announce the forthcoming marriage of their daughter, Ashley Ann Jones, to Trevor Israel Driver.

Ashley is the granddaughter of the late Joe Paul Ray of Andalusia and Lee and Peggy Ham of Andalusia, and the late Cecil Joseph Jones of Opp and Dorothy Jones Waldrop of Opp.

Ashley is a 2008 graduate of Straughn High School and is currently employed at Covington Eye Care in Opp.

Trevor is a 2008 graduate of Straughn High School and a 2014 graduate of Troy University where he earned a bachelor’s degree in early childhood education.

The wedding will take place at the home of Ashley’s great-grandparents’ on Rodgers Loop Road in Andalusia, at 5 o’clock in the evening on April 26, 2014.