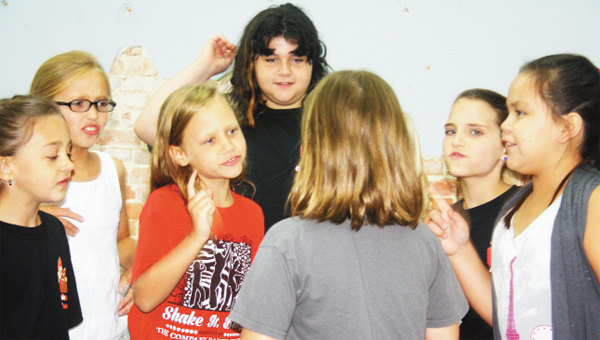 If you’re in the mood for a good musical, you don’t have to make it to Broadway to get your fix. Thanks to a performing arts camp held this week at the Opp Cultural Arts Council, a production of the musical “Annie” will be performed Saturday featuring some of the area’s most talented youngsters.

Tammy Adams, who organized the first-year camp, said she has been very impressed with attendance and is expecting a great show.

Adams, who moved to Opp in the 10th grade, said she attributes much of her interest in the performing arts to former Opp High School teacher Joe Tisdale.

“He started us doing some really elaborate musicals in high school,” she said. “The experience was very significant for me.”
Now, after spending the last 30 years in the Montgomery area, Adams said she has returned to Opp, where she would like to introduce other children to the art of performance.

“This is our first year,” she said of the camp. “I organized this, but we have Lynn Weide directing and Genie Loggins doing choreography. We’ve had a good turnout with kids from Andalusia, Opp and all over the county. We even have two kids from Pensacola who are spending the summer with family.”

Tuesday, the group was busy practicing popular songs from the musical, including “It’s the Hard Knock Life,” and working out the dance routines.

Adams said the show will be performed Saturday night at the fellowship hall at First Baptist Church in Opp.

The performance is free, but donations will be accepted, Adams said.