Stamp out hunger next weekend 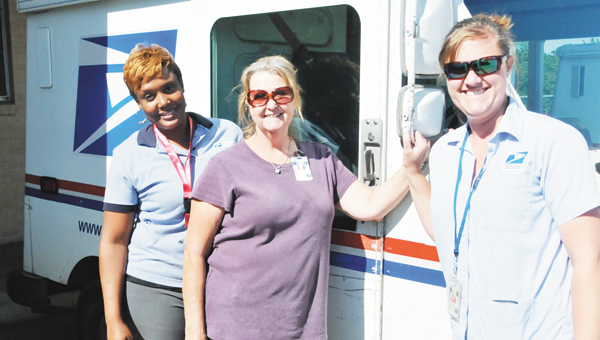 The second Saturday of May is always a date Andalusia Post Office Letter Carrier Lakeesha Dexter marks on her calendar.

Dexter likes the day because it is the National Association of Letter Carriers’ (NALC) annual “Stamp Out Hunger” food drive, which will take place May 9.

“I love it,” Dexter said. “I like to help out the community.”

Dexter has been working for the Andalusia office for three years. While a rural carrier in Red Level, Dexter said the community would always go all out for the drive.

The food drive is the nation’s largest one-day drive with more than 1 billion pounds of food collected since it began in 1993.

“We’ve been doing it for multiple years, even back when I was a city carrier,” Kolmetz said. “It was a really good program.”

The U.S. Postal Service encourages everyone to place non-perishable items and canned goods next to or inside of their mailboxes prior to regular mail delivery on May 9. The letter carrier will collect the food, which will be donated to local food banks.

Kolmetz said residents who have a large portion of food can leave the bag on their porches, where carriers will be happy to pick it up.

Kolmetz said every year, the drive gets better as different food companies make investments into the campaign.

Kolmetz said bags will be dropped in residents’ mailboxes either Tuesday or Wednesday, and food can be brought out earlier than the drive.