A car full of ingredients used in the manufacturing of methamphetamine landed an Andalusia man behind bars facing two felony charges. 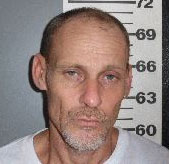 “During the stop, Strickland saw indicators of criminal activity,” Jackson said. “He was then assisted by Officer Tawonda Grandison.”

Jackson said the driver, Kevin Echols, consented to the search, where officers located pseudoephedrine, lithium batteries, ammonium nitrate and lighter fluid – all items used in the manufacture of meth.

Jackson was contacted and Echols admitted that his intent was to manufacture meth with the items.

He was arrested and charged with manufacturing second degree, and felony drug paraphernalia.

He remains in the CCJ.

“We are not seeing as many labs as we were, but there are still some out there,” Jackson said. “The task force would like to commend Officers Strickland and Grandison on a job well done.”

Anyone with drug activity complaints is asked to call DTF at 222-3532.

Calling all budding artists, the Lower Alabama Arts Coalition will hold a summer art and science camp. The camp is... read more