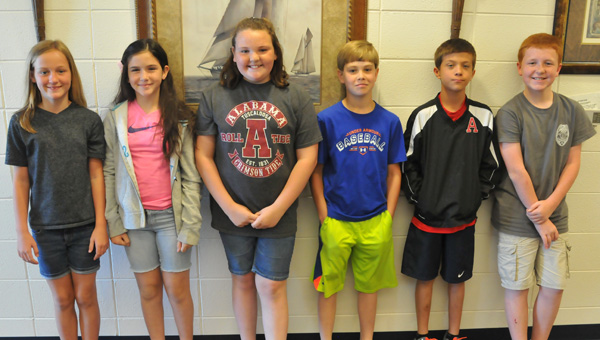 For six Andalusia Elementary fifth graders, the last day of school on May 21 can’t get here soon enough.

From going to the beach to visiting a world-famous amusement park, each student is psyched to go on their trips.

Morgan Davis said she’s going to Panama City Beach, Fla., a place she’s frequented since she was in kindergarten.

“I’m going to swim and play on my mini surf board,” Davis said.

Davis said the trip will last about five days.

Mathew Dean couldn’t help but smile about his plans.

“My family is going to rent a house down near Panama City Beach,” Dean said. “I’m probably just going to swim, stay there for a few days and ride around and see what it has to offer.”

The Boy Who Lived is calling Maggie Furr’s name.

“I’m going to go to the Harry Potter Park at Universal Studios,” Furr said. “I’m looking forward to riding the main ride at the park.”

Furr said she’s going to be in Orlando for five days and intends to leave right after school lets out for the summer.

Kyleigh Swords said she’s going to Destin, Fla., for five days, where she’ll be staying in a condo.

“I’m going to swim and go to Ripley’s Believe it or Not,” Swords said.

For John David Stroud and Jack Day, their plans are to attend an Auburn baseball camp for three days.

Stroud said he’s going to Camp Victory and will be playing baseball on the All-Stars.

Day said he’s going to fish and swim at the lake before putting his baseball uniform on again.

The Confederate jasmine is a beautiful sight

Peeping through my Venetian blind at the Confederate jasmine, growing on my little, picket fence, I thought of Confederate Memorial... read more