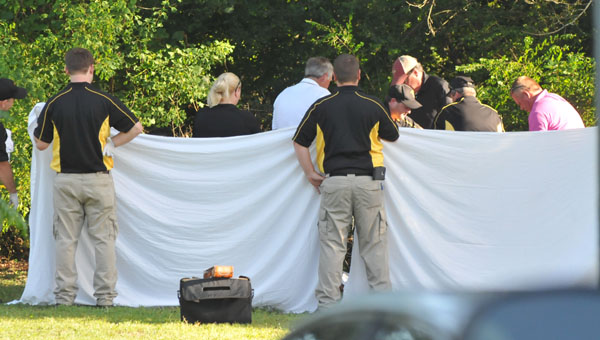 Opp Police Assistant Chief Kevin Chance said at 4:17 p.m. the police department received a call about two individuals being down in a backyard.

“Officers arrived and found two individuals deceased,” Chance said. “The cause of death is unknown.”

Chance said the cause of death of the man and woman that were found is under investigation by the OPD and the Covington County District Attorney’s Office.

Both individuals were taken by Pridemark EMS to the Department of Forensic Science in Montgomery.

Chance didn’t release the names of the deceased because their next of kin hadn’t been notified.

The Star-News will update when more details become available.