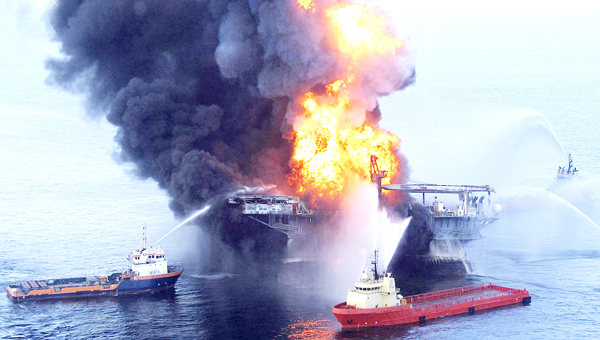 BP reached an agreement to pay more than $18 billion back to the gulf after the Deepwater Horizon oil spill. | Courtesy photo

Thursday morning’s announcement that BP has agreed to pay the State of Alabama more than $2 billion in damages related to the 2010 Gulf oil spill is good news, but won’t fix the state’s budget woes, officials said.

The BP/Deepwater Horizon oil spill began on April 20, 2010, about 100 miles off of Alabama’s coast, killing 11 people and causing oil to flow into the Gulf of Mexico. For nearly three months, an estimated 3.19 million barrels of oil flowed into the Gulf. Alabama experienced significant environmental and economic damages as a result of the oil spill.

As part of an $18.5 billion global settlement in the accident, BP agreed to pay Alabama $1 billion in economic damages from the oil spill, and $1 billion for natural resource damages. Gov. Robert Bentley and Attorney General Luther Strange announced the settlement jointly.

The precise allocation of these payments to the general fund will be determined at a future date, as will the state’s receipt of approximately $1 billion in settlement monies for natural resource damages and federal penalties, according to a press release from the attorney general’s office.

“We have not been briefed, so this is my opinion only,” Jones said. “The problem still exists with the General Fund, and that problem is the hole has got to be filled. This doesn’t even get close.”

Earlier this year, Bentley vetoed a bare-bones 2015 General Fund budget passed by the legislature that was balanced with draconian cuts. The state needed approximately $290 million in additional funds to balance it.

Some of the BP money that will go to the General Fund over then next 18 years is stipulated for specific purposes, Sen. Jimmy Holley, R-Elba, said.

“I only know what I’ve read from the media,” Holley said. “But some of this is earmarked.”

Jones said he believes the proceeds of the settlement should be put to use in ways that repair damages caused by the disaster, and in projects that will generate a return on investment to grow the state’s economy.

“To me, there’s one obvious thing to use that on,” he said.

That one obvious thing is a new convention center in Gulf State Park. At present, he said, Alabama is losing many conventions to neighboring states because there is not a large enough facility on the coast to house the events.

“I’ve been watching this very closely,” he said.

Previously, he has said that having a thriving state park on the coast helps generate funds to operate parks that get less use.

Early on in the state’s pursuit of damages from BP, the attorney general’s office collected data from local governments, including those in Covington County, about ways the spill potentially impacted local tax revenues. It was not immediately clear on Thursday if any of the settlement funds will be distributed locally.

The BP settlement still must be finalized by a federal judge.