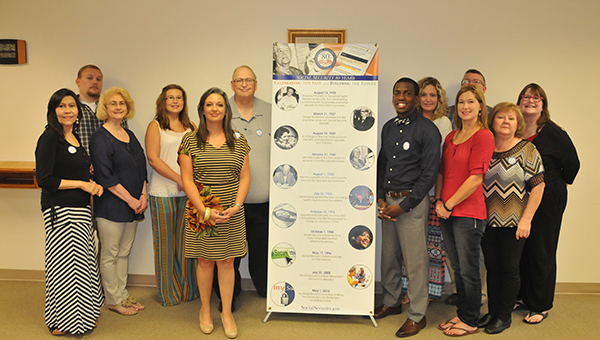 Local Social Security office has been around since 1966

With the SSA celebrating its 80th anniversary, Andalusia SSA District Manager Randy Wahl said he wanted to make sure people are aware of the program, and how important it is in their lives.

“Our office in Andalusia assists the public with anything involved with social security,” Wahl said.

While the SSA has been around since 1935, the Andalusia office, which handles Social Security for Covington County, Conecuh County and Escambia County, was established in April of 1966, Wahl said.

Wahl has been with the SSA for half of the program’s existence.

“I graduated from the University of Alabama and was offered a job with them,” he said. “I’ve been with them ever since.”

Wahl’s first job was in Birmingham, where he worked as a claims authorizer. He worked his way up the chain while in Mississippi and Alabama.

Wahl has been in Andalusia since September of 1983, where he’s served as manager.

“I enjoy helping people and helping the public with all of the things we do,” he said. “I’ve seen a lot of changes in the program. We went from a pen and ink type program to having computers and doing everything online.

“There have been a lot of changes that have been involved,” he said.

Wahl said the SSA has added a lot of programs in its 80 years.

“We’ve added to the programs as the time has gone on,” Wahl said. “It started out just as a retirement program, and of course, we’ve added survivor’s benefits, disability and Medicare.”