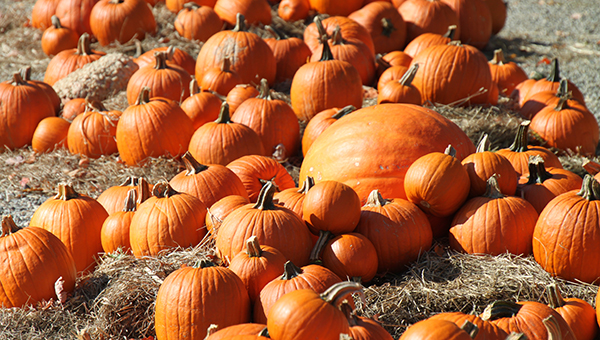 Chili, pumpkin activities, a cake walk with homemade cakes for prizes, a costume contest, free games, and pumpkins for sale.

That’s just some of what’s in store at the Andalusia Junior Woman’s Club’s Fall Festival, which runs from 11 a.m. until 3 p.m. today on the Court Square in Andalusia.

The chili cookoff will be judged by a panel of judges, but the public can also buy “tastes” of the special recipes for $5 per person, as long as supplies last.

Winners will be announced at 1:30 p.m., right after the costume contest. Children may enter the contest for $5, and their costumes will be judged with prizes for the winners. Age categories are 0-3, 4-7, and 8-10.

There will be free games for children, and a pumpkin painting station at which children may paint a pumpkin for $5.

There also will be mums, hay and pumpkins for sale. Pumpkins vary by size and range from $3 to $6 each.