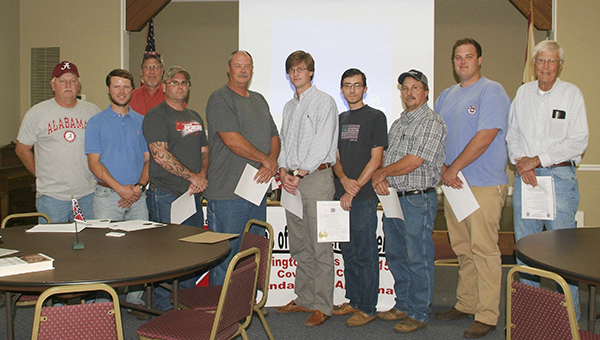 Kelly Veasey (left), compatriot of the Covington Rifles Camp #1586, Sons of Confederate Veterans, based in Andalusia, is shown with some of the 25 new members he recruited during three weeks of the month of August 2015. Those present to receive their membership certificate are (left to right) Will Bumpers, Rickey Harrelson, Jason Horton, Mark Fowler, Andrew Veasey, Brandon Veasey, Dale Anderson, and Chris Fowler with Camp Commander John Allen Gantt.

The English name of Costin has varied along the way from the original to Coston and Costen. The immigrant ancestor... read more