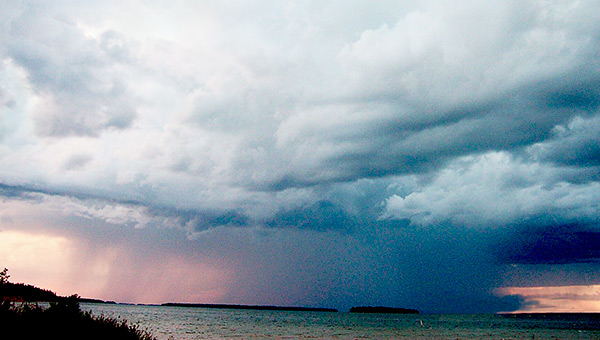 Widespread thunderstorms are expected to make their way into the area today.

“We continue to monitor a system that will bring numerous to widespread showers and thunderstorms to the area Thursday,” said Covington County EMA Director Susan Harris.

Harris said the leading edge of showers and thunderstorms will move to the areas west of the Alabama River early Thursday morning.

“We still expect the majority of the storms to occur between 8 a.m. to 8 p.m., with the best chance of severe weather occurring during the afternoon and early evening hours,” she said. “We will be closely monitoring the potential of a slightly higher tornado threat during a narrow window from 2 p.m. until 7 p.m., across our inland southwest and south central Alabama counties.”

Decreasing stability combined with moderate wind shear will result in the strong to severe thunderstorms with the potential to produce damaging wind gusts of 60 mph.

A small chance of large hail is also possible, but will be limited by warm temperatures.

Though the Department of Human Resources has made great strides in attracting new foster parents, there is still a grave... read more